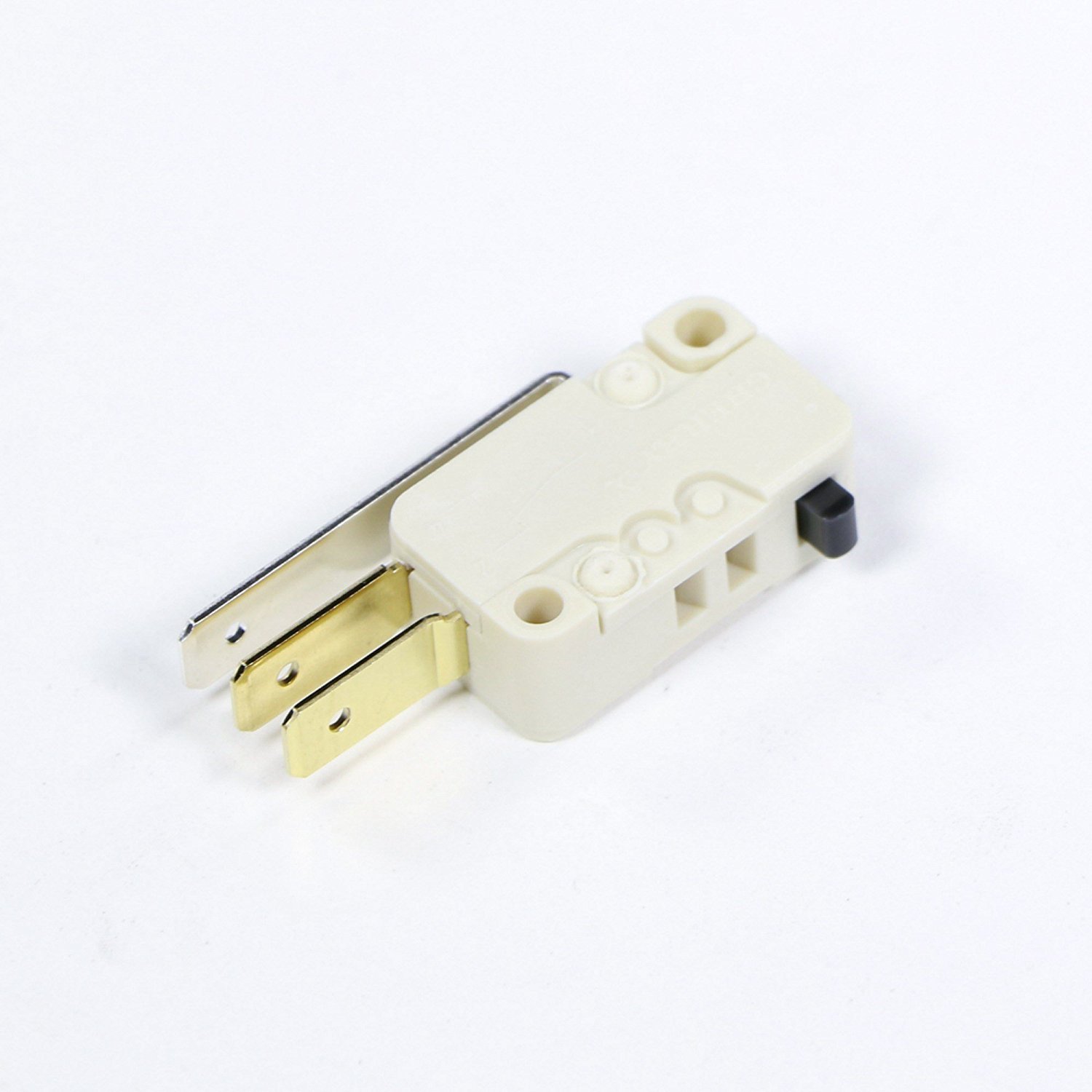 1. Unplug the appliance and turn off the water supply.

This repair involves removing and replacing electrical components, so the machine certainly shouldn’t stay connected even if it’s powered off. You will also need to pull the machine out from under the counter, so shut off the water before you disconnect the water and drain lines.

2. Disconnect the water lines under the sink.

Remove the drain line. Start by loosening the clamp. Then disconnect the two hoses. Disconnect the water line from the local water shut-off switch.

3. Pull the machine out.

Push the new switch into position. Listen for the clicks of the locking tabs to ensure the switch is fully in position. Then plug in the wire harness. Make sure the wires are oriented correctly based on the picture you took earlier; the same color wire should be on top.